Centre for Energy Technology Director Professor Gus Nathan argues that there is no such thing as ‘free’, ‘zero impact’ or ‘safe’ energy.

“The Japanese Fukushima Daiichi plant crisis has caused some people to question the impact of various power generation sources on our environment and lifestyles,” said the Institute for Mineral and Energy Resources (IMER) researcher. 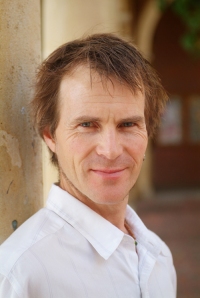 “Each source of energy requires an investment to extract and each brings environmental impacts,” he said.

“This is why there is no ‘silver bullet’ and why it is necessary for society to invest not only in the development of a wide range of technologies but also in the assessment of their impacts and how these can be minimised,” said Professor Nathan.

Technological development to avoid adverse environmental impacts can be traced back centuries – the burning of coal was introduced to address deforestation from the use of wood for fuel.

Evolving legislation has driven the development of technologies to mitigate emissions – from smoke, through to carbon monoxide, the oxides of sulphur and nitrogen and now carbon dioxide emissions.

“There are two key differences which make the introduction of legislation to control CO2 much more difficult than other pollutants,” said Professor Nathan.

“Legislation to control air pollution has been historically driven by the local effects of air pollution such as smog. In contrast, carbon dioxide has no local effect – we all breathe it out – but has a global effect.”

Professor Nathan suggests human society is poorer at addressing global issues as international bodies have weaker governance than national entities while the mitigation of CO2 is more expensive than other pollutants.

“Of course, the cost of mitigation is significantly less than the long-term cost of doing nothing. I would argue this situation offers an imperative to find low-cost pathways to a cleaner energy future.”

The sentiment is echoed by IMER’s vision to be a globally-recognised centre of excellence in research and technology transfer for the sustainable and efficient use of the world’s mineral and energy resources.